Dead Dog and a Jury
by rameses <rameses@pfft.net> 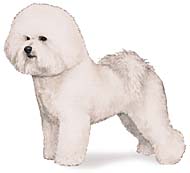 Road rage...we experience it everyday. Some of us are victims and some times we are on the offense. So, what happens when the victim is an animal. Oh poor harmless little thing you say...sure it is. But if the owner is a total dumbass? What??

I am sure by now you've heard/seen the guy who threw a lady's dog onto the highway in San Jose, Calif. in a fit of road rage. If you haven't, well hear it from me. Andrew Burnett rear-ends an SUV (I think) since it screeched to a halt for no visible reason in the middle of the highway. And of course Andrew, who happens to be behind the SUV, slams his brakes and you know the rest. Well, the driver in the SUV could've had a heart attack, seizure, brain hemorrhage, bad fart...anything!! So, being a concerned dude he walks up to the lady in the SUV and inquires about her condition and tries to see what happened. He sees her little koochi koo fluffy white bichon frise named Leo in her lap and since it distracted her, she slammed the brakes accidentally...in the middle of the fucking highway driving at 70mph? Andrew is outraged (and I know you are too), he nearly flew out of the windshield, his ribs almost crushed against the steering wheel because this dumbass lady had a dog in her lap distracting her. He reached in to the SUV, grabbed the fluffy white bichon frise dog, and threw it on to the highway just to watch it get run over and over and over and over and over and over again by oncoming traffic.

Off course you know by now that no story is complete without a lawyer and a lawsuit. So be it. The case went on and finally the jury passed the verdict. Three years in jail for this poor dude who nearly lost his life in the fucking acccident. PFFT !!

So, here's my PFFFT rage:

Here's my PFFT verdict. The dumb ass owner of the dog should be fined, tortured, and imprisoned for several years for:

This country has laws that restrict kids into a fucking child seat..they should do the same with animals. Don't get me me wrong, I love animals but I just hate dumbass drivers who cause accidents like these. Anyway, the next time you are on the highway and see a SUV screeching to a halt for no fuckin' visible reason..calm down, take a deep breath, walk over to the SUV and if you see a dog in the lap of the driver. Reach in and smack the shit outta the driver. Catch breath...repeat smacking. Rest..repeat...but leave the dog alone.