Some DIPSHIT wrote this comment to me about my last article (The Job Expo in Los Angeles - What a Load!). A $0 income, this know-it-all proclaims. What an assumption! But we'll get to that later. It must have been written by a McDonald's employee. Either that, or it was Dan Quayle. You might remember him as the former Vice President of the US; the one who pointed at a "Help Wanted" sign at a Burger King and said "See, I told you there were jobs!".

So what's my answer to this ever-important, burning question? The answer to this question is an overwhelming NO! It's NOT better and I will tell you why. I've worked these types of jobs before. Try putting in 75+ hours per week as a McDonald's regional manager for a paltry $17,000 per year. True, they gave me a car, but that's not what it's about.

TIME: People who spend over 40 hours per week on the job neglect their kids. My son is more important to me than a $28k/year job.

MONEY: My last job paid $42,000/year. When you get to a certain point in life, a step down might be necessary. Moving to this level would throw me off the ladder.

RENT: Try paying $850 in rent (plus bills) on that salary. That's LOW rent in LA! Yea I pay rent and don't live in a housing project.

CHILD SUPPORT: Yea, that's right, asshole. I pay child support to the tune of $610/month for ONE child, in full and on time, you dumb-ass!

The retardo tool who wrote this email is assuming that I sit home on my ass and do nothing. This loser assumes I have a $0 income. Who said anything about $0 income, you dumb fuck! Yea, this might be a little offensive (I'm holding back). But then again, this is the OFFENSIVE column. Unfortunately for this loser, there is currently no DUMB FUCK column. Otherwise, he could write his own column instead of wasting his vast intelligence on me. I'm just not worthy of that kind of wisdom.

The primary complain in my original column was the fact that there were no LEGIT jobs at the Expo. If I want to work at a fast food restaurant, then I will walk into the restaurant and fill out an application. If I want or need a telemarketing job, I can go to the firing range, rent a gun and kill myself. But when I fight Downtown LA traffic and pay $10 for parking only to find out it's a waste of time, then I have a legitimate right to be pissed off to the fucking HILT! 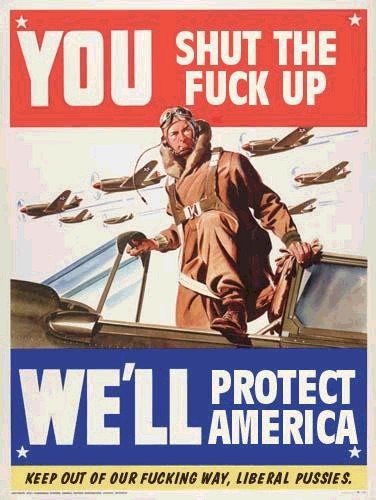